Looking for Sea Glass on a Tidal Sandbar

In an early cloudy August afternoon, my family and I walked to the tip of Great Diamond Island, where we’re staying for a few days. At high tide, Little Diamond Island is visible across a stretch of blue-green water, with just the thin ends of grass blades breaking the surface. But when we arrived at the shore, low tide was just an hour past.

Between late-1800s-era houses, flowing grass and bright wildflowers, we approached the narrow, muddy sandbar connecting the two islands. Cross-island joggers passed us as we strolled along the sandbar, our voices loud and our eyes turned down. The mud was laden with snail shells, clam shells, and barnacle-covered rocks and bricks. We chatted over little fish (were they minnows or tadpoles?) darting around in tide pools. We were probably all wrong; both only live in freshwater, not the saltwater of Casco Bay.

A few minutes later, one of us picked up a frosted fragment of glass. “It’s not true sea glass yet, but give it another four or five years.” And so began my little hunt.

We circled the sandbar, the cool summer breeze carrying mist to our cheeks. We talked, but we didn’t make eye contact: our eyes were on the almost-repeating pattern of shells, rocks, and brick crunching at our feet. Occasionally, we’d spot a glimmer, a shard of glass or shell we’d bring to our faces for examination, and occasionally, the fragment would meet our standards for “sea glass”–rounded edges, frosted, smooth–with bonus points if the piece had an embossed word or had a rarer color, like a pastel pink or aquamarine. 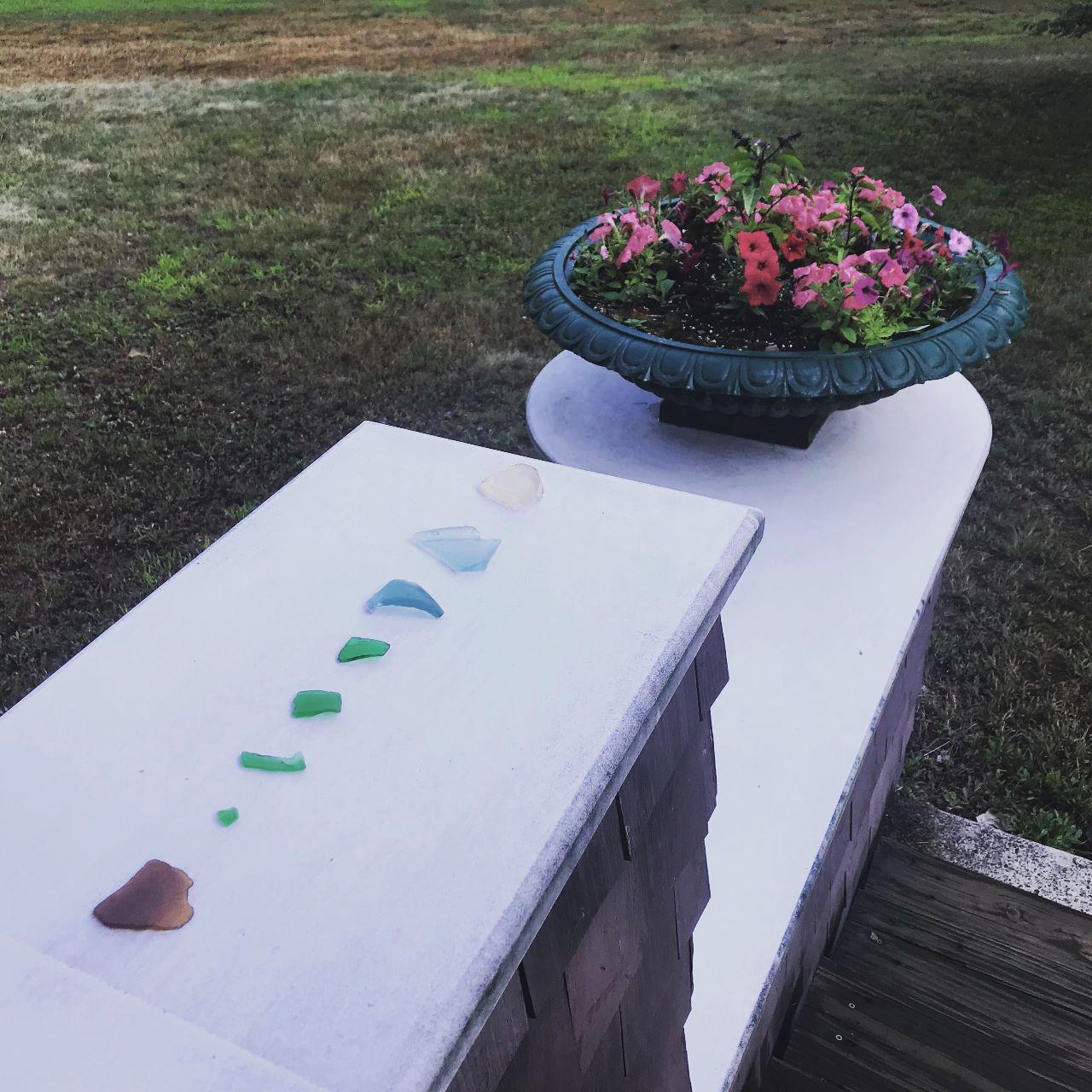 We filled an hour this way before ending our search to head back to Great Diamond Island, and I don’t think we could have stayed much longer. As we reached the end of the sandbar, our feet brushed through a refreshingly chilly, ever-deepening current racing across the shoal.